Focus on Each Step of the Journey

I’m an avid biker. Or… I was an avid biker. I used to have a standing date with my dad every weekend from early spring until late fall to bike 10 or 20 miles (sometimes 30 if we were feeling adventurous). And then I’d ride a couple of times during the week as my schedule would permit. So I wasn’t much of a long distance rider, but what I lacked in distance I made up for in enthusiasm for the sport. I loved riding so much that I named my bicycle (it’s a Raleigh brand, so of course I named him Sir Walter), and I even decked him out with spoke charms and a bell.

But then something happened. I got married, and suddenly every-weekend bike rides became once-in-a-while bike rides. And then I got pregnant and even those once-in-a-while bike rides slipped away and I didn’t touch my bike for two years.  And then this summer Jason surprised me with a trip to my favorite place to go biking – Mackinac Island. I was so excited. We dusted off our bikes, inflated the tires, oiled the chains, and headed to the island.

Now, I knew I was rusty. And after having a baby I even knew I was out of shape. I expected it. What I didn’t expect as we started our trek through the island (I highly recommend riding up inside the island instead of just around it), was that hills that once posed no problem were suddenly mountains that I was struggling to ride up. I’m ashamed to admit that more than once I had to hop off Sir Walter and walk him to the crest of a hill as my thighs burned and my knees protested pushing the pedal even one more time.

I was embarrassed. I couldn’t believe I’d let myself get so far out of shape. But I was determined not to let it defeat me. So as the day wore on, and some level of muscle memory kicked in, when Jason (who still works out) would ask me if I needed to walk my bike, I’d insist I was fine and push my way up the hill in spite of the fact that I was huffing, puffing, pushing and praying with all of my might to make it.

It was on one such hill that I developed a refrain that carried me through the rest of the afternoon. I found that if I kept my eyes focused on the top of the hill, the goal seemed too far away, the climb too steep, and the effort too much. But if I looked down and focused instead on the very next inch of road I had to cover, the hill (or even some of the flat stretches) became much less daunting. So every time we rode up a hill I repeated to myself “the next inch” and just pushed for each inch of ground I had to cover. And by the end of the day, we’d covered approximately 18 miles.

“The next inch…” has become my motto for church planting as well. The sheer volume of tasks that we have to accomplish before February can seem insurmountable, but if we focus instead on the next task ahead of us, suddenly the insurmountable becomes possible.

Is there a hill or a mountain or even a valley in your own life that seems insurmountable? Maybe you need to just focus on the “next inch” to conquer the task ahead of you. And never forget that we can do all things through His strength, not our own.

“Seek the Lord and his strength; seek his presence continually!”
1 Chronicles 16:11 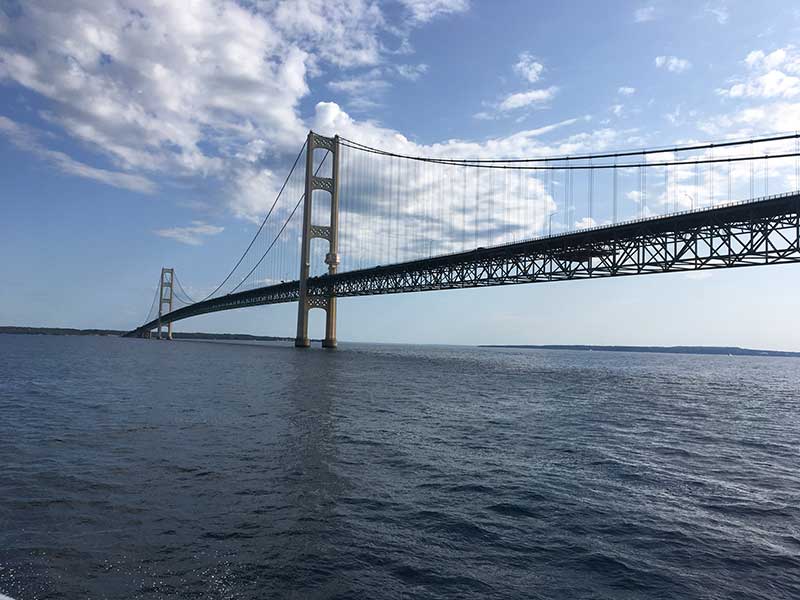 View of the bridge on the way to the island. 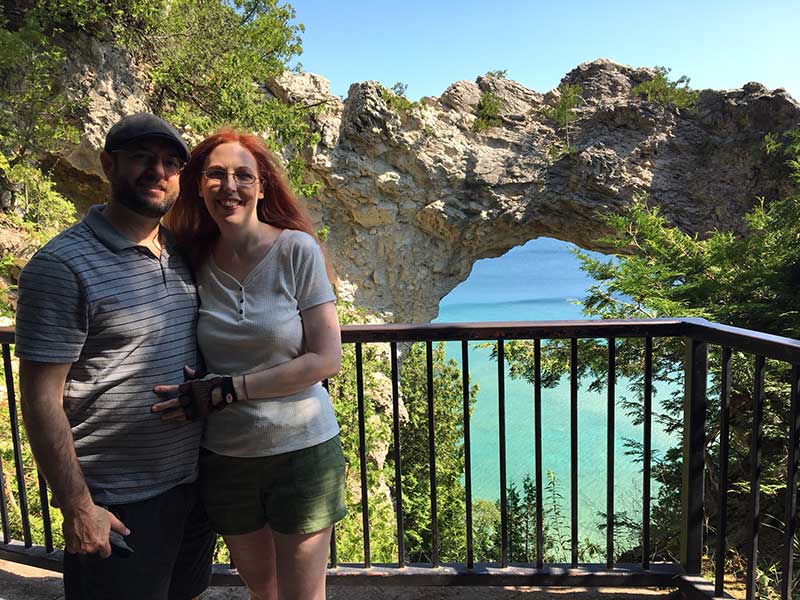 The Roths at Arch Rock. 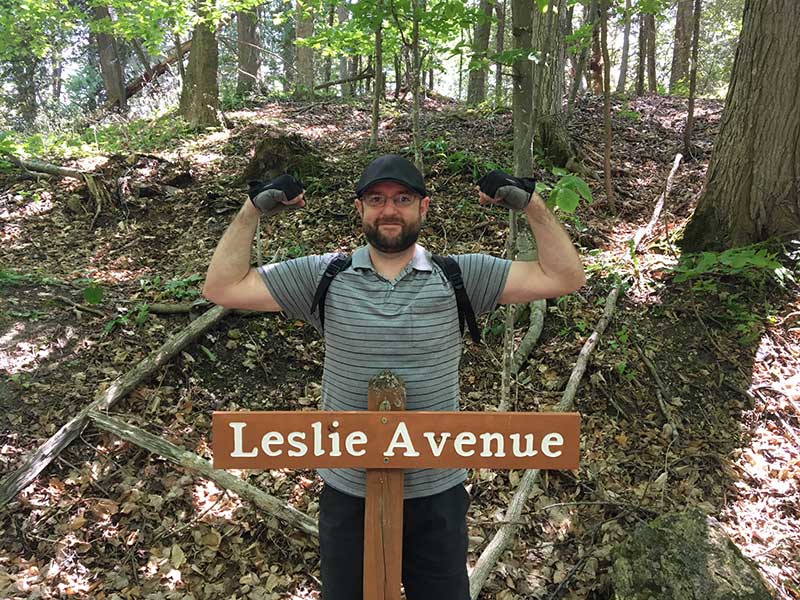 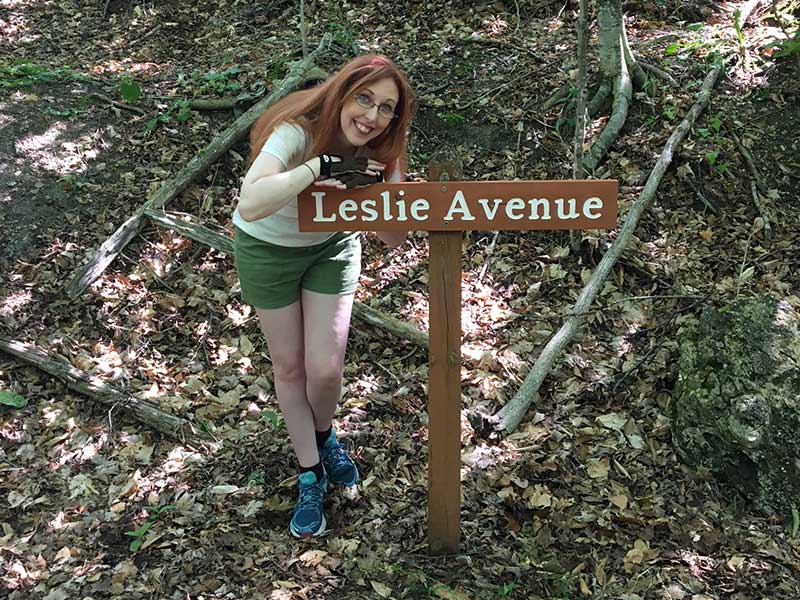 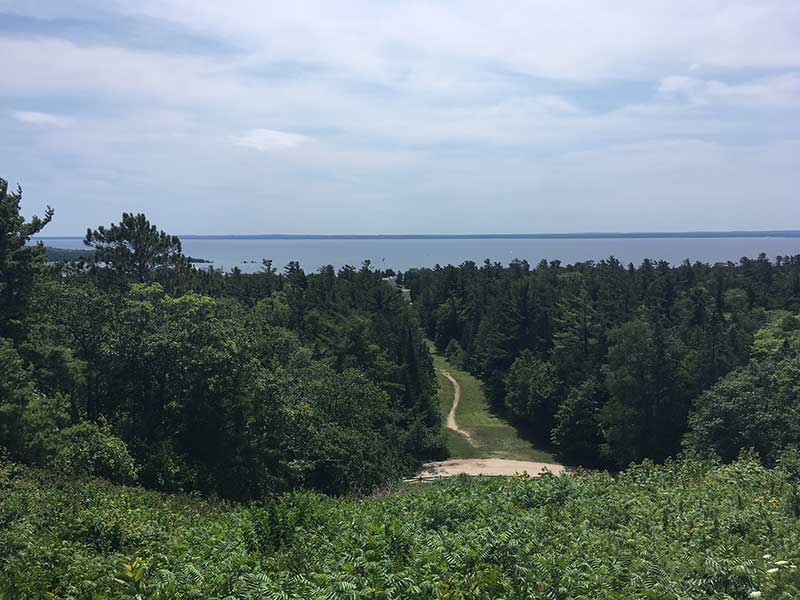 The view from the top of the island. 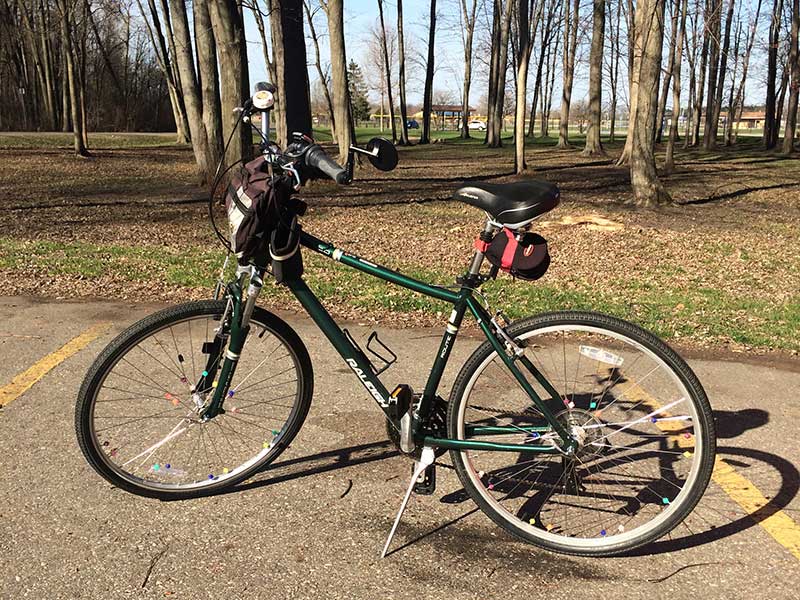 Sir Walter in all his glory.
0Shares
PrevNext